When learning your scales, you'll typically be shown patterns that cover all six strings of the guitar, for example, three notes per string or "box" patterns.

But it's also hugely beneficial to be able to play a scale confidently across single strings, no matter what key you're playing in. Not only can it help you navigate the fretboard more fluidly and quickly, but it's also part of giving your solos more dynamism - a mixture of vertical and horizontal movement.

This first part in a two part lesson will show you an efficient process for memorising scales across single strings, starting with the introductory video below and then moving on to some patterns and exercises further down...

For the sake of practicality, I'm not going to (and don't in fact need to) show you every scale on every string from every possible root position (which would amount to a whopping 72 patterns per scale!). Instead I'm going to show you the interval/fret structure of these scales across one string which, once learned, can be applied to any string and position.

The first thing to work on is making sure you're 100% confident with locating the root (1) of a scale on any string. My fretboard notes lesson will help with this. Once you can locate the root, you'll be able to get your bearings quicker and see the scale around that reference note. In fact, this is the same for any pattern. Find the root first.

For example, let's say you wanted to play in Bb major. Bb, therefore, would be our root. See if you can find that note right now on all six strings. The quicker you can do this, the better. Test your knowledge further by using this note memorization game.

Use the below chord tracks to practice moving through these patterns (set the metronome to your desired tempo). One is C major (so C is our root) and the other is Eb major (Eb is the root).

When playing through these patterns, don't always start on the root. Practice leading up to the higher (octave) root in the sequence. The more ways you learn to start and move around the scale, the more you'll internalize it. Create your own single string solos! 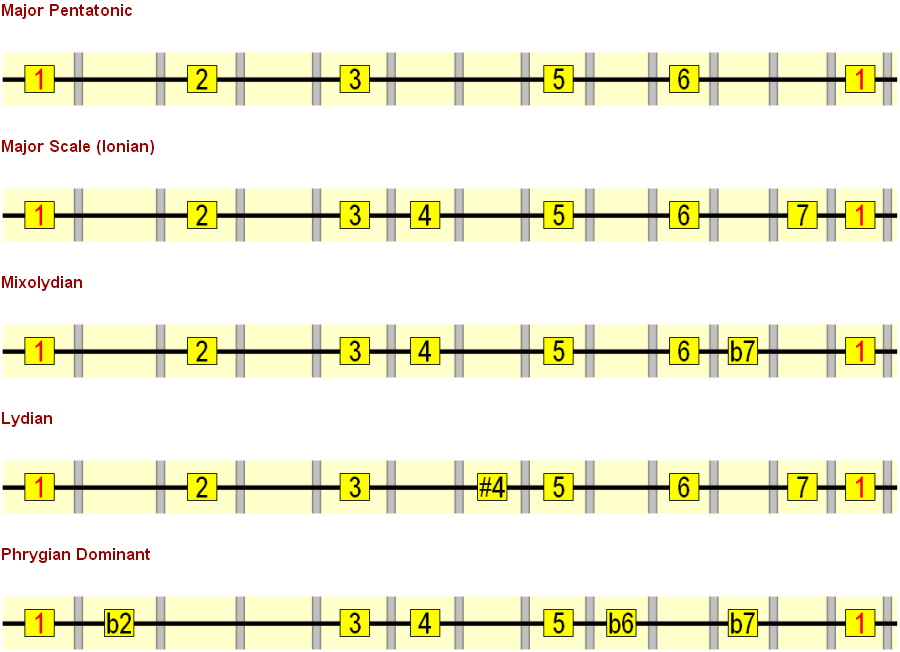 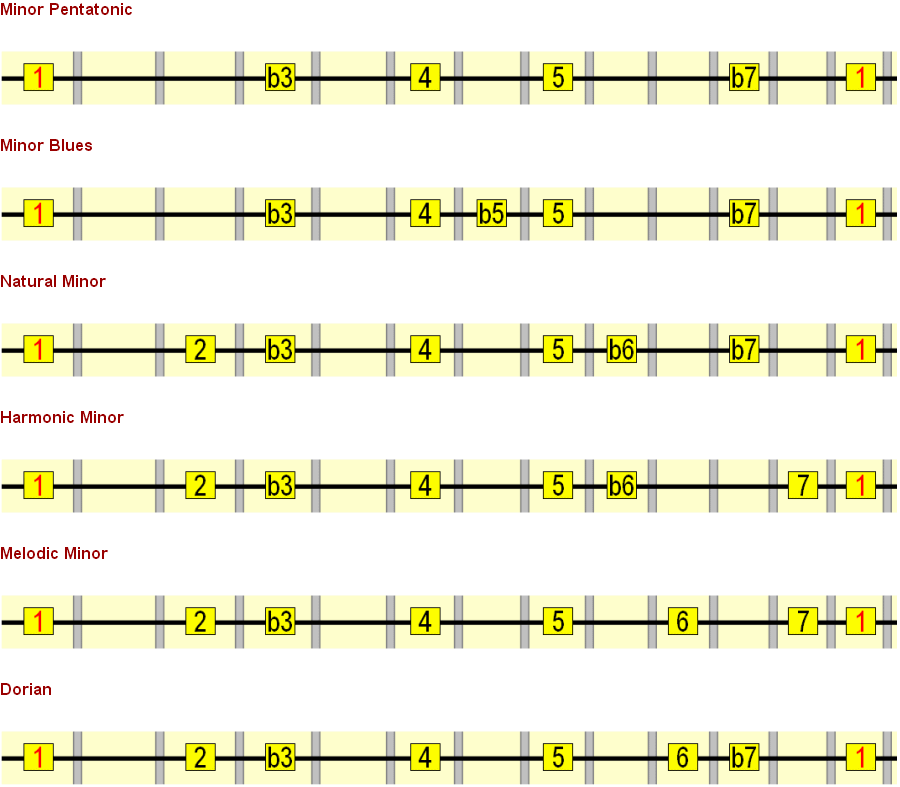 Making the Most of Your Single String Scale Practice

In the next part, we'll be looking at more interesting ways of navigating single string patterns. But for now, getting to know a scale across one string, in different keys, will give you more fluidity in moving quickly from one part of the neck to another.

It also helps you to internalize the sequence of intervals that make up a given scale (its whole step/half step formula). Once you know, for example, what a major 7th (7) sounds like over a minor chord, and where that 7th exists in relation to the root (i.e. one half step down), you'll be more prepared when it comes to using it.

What this practice does is open your eyes to different routes across the fretboard, both vertical and horizontal, for different scales. Eventually, if you practice these movements enough, you won't need to think about it so much. The sub-conscious part of the mind will take over, leaving you to concentrate on things like note selection, feel and timing.