In the first major pentatonic scale lesson, we spent some time getting to know the scale using a simple box pattern.

Eventually, you'll want to "break out of the box" in order to free up your playing across the guitar fretboard. This lesson will help you to build a full-neck roadmap for major pentatonic in any key. This is crucial in being able to improvise freely and fluidly, no matter where you find yourself on the neck.

As memorising patterns can get pretty dull, we're going to jam our way gradually through different major pentatonic patterns until we have a complete neck-wide roadmap for the scale. Not only will this help you memorise the patterns, it'll also train your ear to develop hooks and phrases that sound good and give you physical confidence in navigating the scale.

Start with the video below and then scroll down for more backing tracks, diagrams and useful exercises...


Now try it in the key of E

As you change keys, the sequence of patterns remains the same, but obviously we move to a different root (E)...

If you take the intervals of the scale and lay them across the 6th string, you get five positions around which to build five box patterns. Some people call it the five modes of the scale.

The idea is, you learn each position box and then merge them into one large pattern. The video above guided you through this process for C major pentatonic...

Let's look at each position one by one. Each has a unique pattern (you could also see them as scale shapes) to help you memorise them. Remember, the 1 note is your root, so if you can memorise its place within each pattern it'll help you find your bearings in any key. Can you see how each pattern links to the next/previous? There's always some overlap... 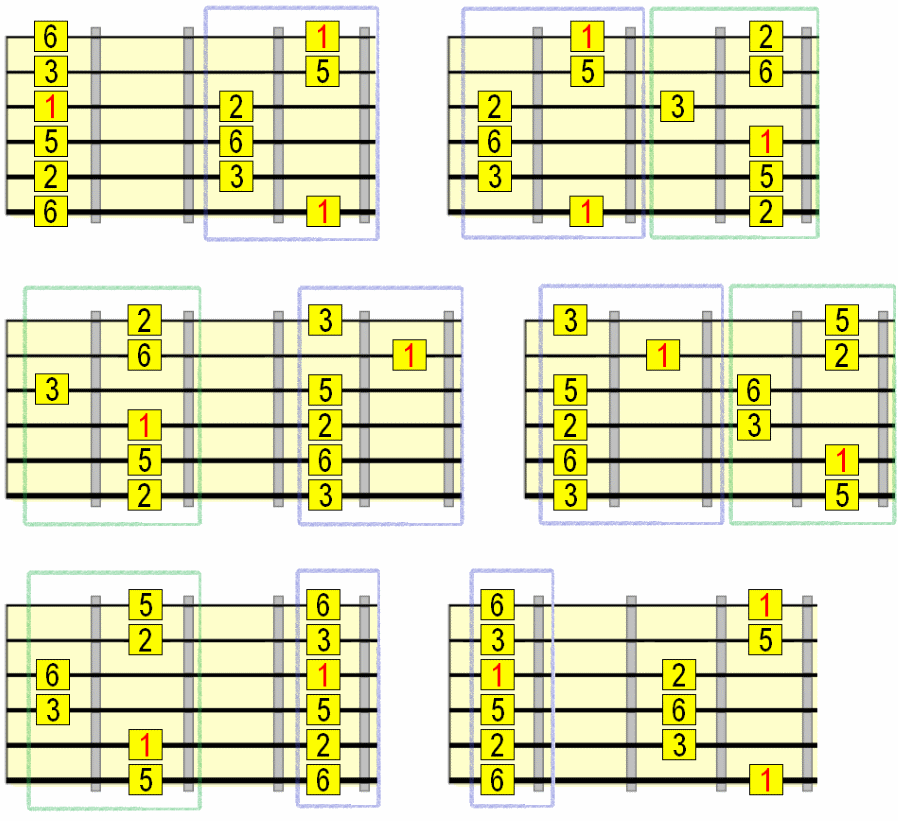 So, whichever position you start on, you should know which position preceeds and proceeds from it.

The red marker shows you where that 1st box pattern is in relation to the wide pattern.

Notice this pattern starts on that familiar 6th string root.

As mentioned, here are some backing tracks to try out in different keys, including the C and E major tracks used in the guided jam videos. Here's your chance to put into practice the large roadmap you built up in the guided jams. 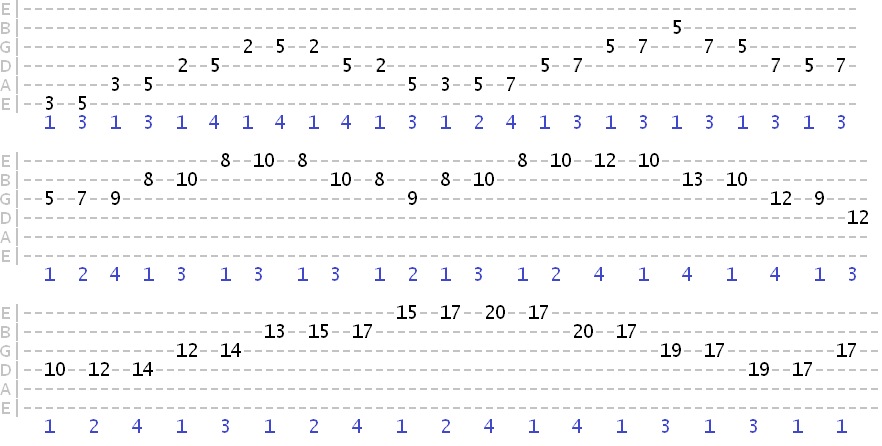 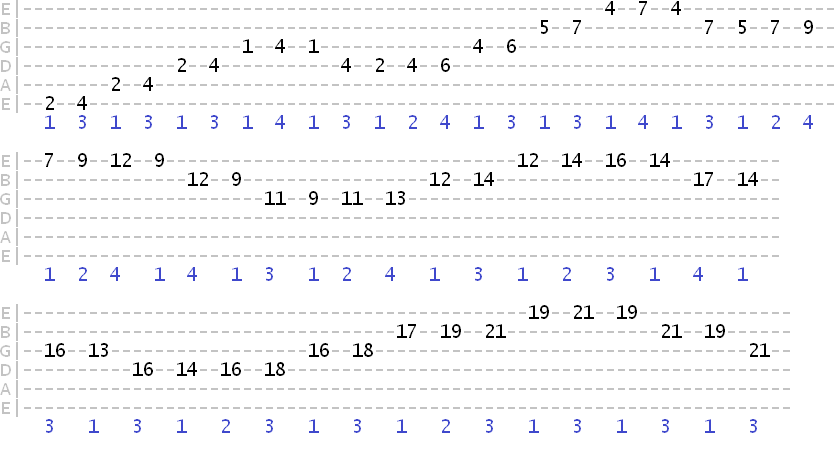 Even with just half an hour per day devoted to exploring these patterns, whether jamming over a backing track or using a metronome, you'll be surprised at how quickly your confidence grows with improvising major pentatonic.

You may not yet realise it, but by mastering these major pentatonic patterns, you'll also have minor pentatonic covered, as it uses exactly the same pattern sequence, just in a relative position (it starts on the 6 of major pentatonic). More on that later!

Next: Major Pentatonic Over IV Chord