Note that this lesson is part of a comprehensive guitar modes series.

It's an often misunderstood and, as a result, misused mode. By misused, I don't mean there is a right or wrong way to use the notes of Locrian, or to use Locrian as a standard scale, I mean to use it in a truly modal context requires a different type of understanding.

Hear it (B Locrian)

Don't know what the W's and H's mean? If so, take the intervals lesson here before you go on.

In the other lessons in this series, we learned that modes are either major (with a major 3rd interval) or minor (with a minor/flat 3rd interval). Therefore, it may appear upon first glance as if Locrian is minor, due to the flat 3rd.

However, because there is also a flat 5th in the scale, that creates a diminished flavour which, in triad form, is simply 1 b3 b5 . Those are the key tones for Locrian and diminished chords. You can learn more about diminished chords here.

The addition of that flat 5th creates a certain dissonance or tension and, therefore, Locrian is considered by most musicians as a very unstable scale/mode that will naturally resolve to a more stable chord (e.g. a major chord) and therefore mode/scale (e.g. Ionian), in the same diatonic key.

For example, B Locrian might soon resolve to C Ionian or A Aeolian as related modes.

Just like the other modes, Locrian has a convenient "box" pattern from the low E to high E string:

Does it seem familiar? It's almost exactly the same as the Ionian boxed pattern... look again!

We've just added that extra note on the low E string (for Locrian's root note). This is a perfect example of how modes overlap in sequence. As Locrian is the 7th mode, it is rooted just one semitone (1 fret) below Ionian's root in the same key.

More on these intrinsic relationships in a coming lesson. 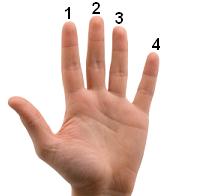 Because you can never really resolve a chord progression to a diminished tonic (it sounds too unresolved), Locrian is most commonly used to compliment diminished chords as a bridge between two more stable chords. See the sequence below for an example:

Tip: You'll need to think about the landing note you select from Locrian when the diminished chord resolves to the major or minor chord in the progression. Think of Locrian as the lead up to the resolving mode/chord, so the note on that resolving chord (whether major Ionian or minor Aeolian) must help put it all into context.

Here's another example of how Locrian is used to complement a diminished chord bridge, leading to a minor, Aeolian tonic:

The idea is, you should eventually train your ear to recognise the diminished sound, the tension and instability it creates between the more stable chords in a progression. Once you get that, you'll be able to apply Locrian in the appropriate place, and complement that diminished sound.

Using similar ideas from above, I've created an alternating sequence of B diminished followed by A minor / C major respectively. This will allow you to practice using Locrian, on the B diminished starting chord, as a lead up to the resolving major or minor related chords. This is how Locrian is most commonly used.

B Locrian will still "work" over A minor and C major chords because the notes in these chords are all related, as part of the same parent scale (the major scale). This is the relationship between the modes and their related chords you will come to understand. More on that later...

So remember, we start on B diminished / B Locrian. Below is the diagram which shows you where the boxed pattern for B Locrian sits (7th fret)