10 Reasons Why You're Not Making Progress on Guitar

Every guitarist, no matter how long they've been playing, occasionally runs into a slump in their progress. They feel like they're stuck in a rut, resorting to playing the same licks and tricks over and over again, unsure how to take their playing to the next level.

If this sounds familiar to you, firstly be assured that it's perfectly normal and, as anyone playing guitar for 20, 30, even 40 years will tell you, these occasional slumps are inevitable!

You never stop learning guitar, therefore you never escape the repeating pattern of reassuring progress followed by a disheartening slump.

This article will cover some of the most common reasons why guitarists hit roadblocks in their learning and the action required to overcome them. Hopefully it will help you to minimise the severity of your progress slumps.

Of course, some of the points may not be applicable to you, in which case, good job and check it off the list!

1. You're trying to play too fast/much, too soon

One of the main causes of frustration and stunted progress on guitar is the result of impatience.

What often happens is you try to play faster than what your fingers and brain are capable of at that stage, you inevitably make mistakes and, after several tries, accept the illusion that you simply can't do it, it's too hard. You give up, frustrated and move on to something else... possibly doomed to repeat the same leaps of impatience. Repeat several times more and there's nothing left to move on to. Despair!

It's normal to want to get up to a decent speed with a solo, lick or pattern as soon as possible, but try not to jump ahead with the BPM on the metronome prematurely. You should ideally be able to play comfortably, without any mistakes at the current tempo before you notch it up another 5 or so BPM. Have discipline with the metronome, try to make your progress incremental and, when you look back over the year, it will have turned out monumental!

Also, more complex and drawn out sequences should be broken down into small, slow segments for practice. Sometimes all you need to do is break up a sequence into four or five notes (or to when there's a resting note or break in the action), perfect that segment and then move on to the next one. You can then work on connecting the first two segments seamlessly. Add the third segment, make it flawless, connect with first and second. Repeat for the remaining segments, gradually adding each carriage to the train.

And remember, all the above process is first done slow. Patience and repetition will get you there.

2. Your theoretical foundations are weak 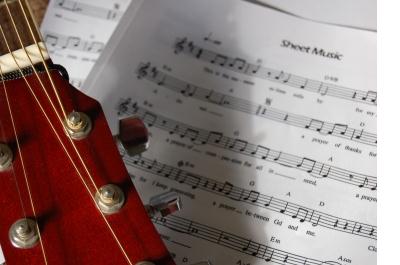 Many guitarists neglect the theory side of things because it's perceived as boring, pretentious, or even just a complete f*ing mystery. It's true that some musicians, especially those with "natural" abilities like perfect pitch or an especially good ear, can excel without much background theory. But do not underestimate the power of this knowledge in developing you as a musician.

For example, let's say you've learned a scale but can't seem to apply it creatively in a solo, or you're unsure when to use it. By studying a bit of theory behind intervals, chord construction and how chords are connected to scales, you'll have opened the door to a whole new set of skills - note selection, harmony, phrasing, improvisation...

Theory gives you the conceptual road map for navigating the fretboard in a purposeful, intuitive, fluid and creative way. It gives you the foundation for applying and contextualising those physical drills and exercises that would otherwise be purely confined to reading tabs and copying other guitarists.

As the strapline for this site goes: "be yourself on guitar". A firm grounding in music theory will reveal the big picture and open up your creative options. My Chord Connections course is the best place to begin with developing and connecting your theory knowledge and don't forget the YouTube Channel which covers theory in a clear and simple format.

3. You're not connecting your playing skills

Most lessons focus on one specific technique, so it's important that, once you have a few skills under your fingers, you can tie them all together. This gives you months of practice time in of itself, because you can pair up different combinations of techniques in each practice session.

For example, let's say you've learned hammer-ons and bends - two staple lead techniques. Test yourself in your next practice session by coming up with simple licks that combine these two skills. Add in new techniques as you learn them. Be creative about which techniques you combine - e.g. strumming and lead phrases. There are no rules!

4. You're not practicing guitar regularly enough

There's no set amount of time you should practice. But regular practice is more important than the length of your individual sessions. For example, a half hour every day is, in my opinion, far better than three hours every Monday and nothing in between.

Persistence is the key thing here. You'll find that your muscle memory and finger strength will develop far quicker with short regular bursts of practice than with long but sparsely separated practice sessions. You'll also absorb theory more effectively if you study every day or every other day rather than cramming at the weekend.

It's not easy to find time for recreational pursuits these days. We're working longer hours, we have family commitments, sometimes we just want to relax and do nothing. But try to spare a solid half hour every day with the guitar and you'll be surprised how quickly you progress. 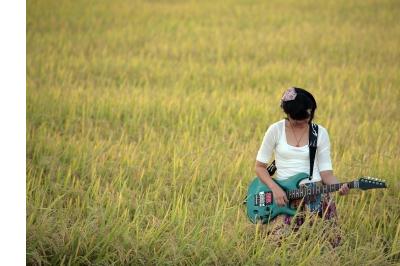 Of course, simply picking up the guitar isn't enough for anyone serious about becoming a decent player. You need to have some kind of plan of what you'll cover in each session and devote that session to it.

You'll have plenty of time for "noodling" (random strumming/picking), which is also important, but by focusing on, say, two of your weakest techniques (which you'll know from previous sessions), and resisting deviating from that, you'll ensure that you give each technique/skill the time it deserves.

A lot of progress slumps are the result of jumping between different learning elements and therefore never truly nailing any single one of them. The inevitable result is feeling like you're a beginner at everything (or a "jack of all trades") rather than mastering anything.

You'd be surprised at how some simple 10 minute finger stretching exercises can give your fingers the dexterity they need for tackling speed playing and awkward movements/positions.

By warming up, you give anything you work on a proper chance to develop. Cold and stiff fingers will just make everything 10 times more difficult, which leads to frustration and a false sense of how difficult a technique or lick really is.

Here's a quick tip - in the colder months, try bathing your hands in warm water for a few minutes and warm up those joints. It makes all the difference!

7. Your guitar isn't set up for optimum playability 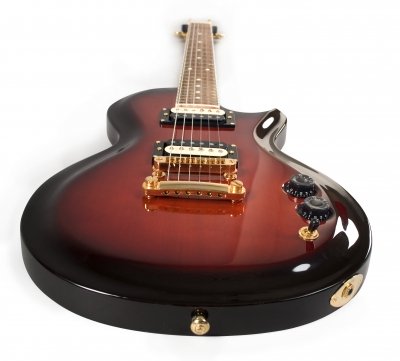 There are many things you can tweak on your guitar to make it easier to play and therefore give your playing a new lease of life, which may help you overcome any physical obstacles and inspire you to move forward.

A well balanced truss rod will also maximise the neck's performance. There are many videos and sites out there that will show you how to set up your guitar at home. Or, you can have it professionally set up for a reasonable price. Well worth it if you ask me.

Don't forget also that string gauge will have a large impact on how easy it is to finger chords and scales. Heavier string gauges will be tougher on your fingers than lighter gauges. Bending and legato playing on acoustic guitar, for example, requires more finger strength than on electric guitar.

8. You have no clear goals in your mind

Have you ever wondered if the reason you're not progressing on guitar is because you don't know where you want to progress? Don't feel patronised by that question, as all too often I ask guitarists who contact me "where do you want to be?" or "what are your goals?" and it's evident they've never thought about it before in any real depth.

Knowing what you want to achieve as a guitarist is important because it helps you focus your practice time (see point 5). Explore this in detail because, when you do, your mind gets to work on your goals in the background. You'll see and hear where you want to be in other guitarists and start asking questions like "how did they do that?". Your inquiring mind will ultimately lead you to the answers, as the internet is such a rich and vast resource for anyone with the right questions.

Think about what style(s) you want to play, whether you want to focus on lead or rhythm, who inspires you on guitar, whether you see yourself as a singer songwriter or an accompanying guitarist in a band. That leads nicely on to the next point...

9. You're not playing with other musicians 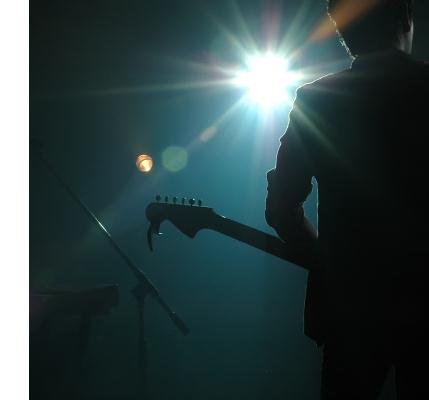 If you've been playing for longer than a year I highly recommend you hook up with other musicians, even if the intention is not to start/join a band. Why? Because collaboration can spark new ideas and inspire new directions in your guitar playing. It can encourage you to expand your repertoire and focus your learning path.

After all, you don't want to be the one who holds back the jam. I know that sounds like unnecessary pressure, but it's not that unnecessary if you lack the discipline to push yourself (look who's preaching... I am the laziest, "anything for a simple life" guy I know, but joining my first band was honestly the most productive thing I ever did as a musician).

It's even more of a push if playing with others leads to getting gigs. This demands you know your instrument well and you'll have plenty to learn, even with just a 30 minute set.

Just don't forget to enjoy it along the way!

I know this point may appear to contradict #4. But if you already practice regularly then it may just be you need a rest. A professional guitarist once told me "leave the guitar for a couple of days and you'll pick it up with renewed vigor". How true this is! I rarely go a day without picking up the guitar but, after resisting its charms for a few days, I enjoy it more than ever when it's in my hands again.

This renewed appreciation sparks a renewed will to learn and progress and you will let down all your self-made, self-limiting boundaries to get the most out of it.

While individually, each of these points may seem to represent subtle hindrances to your playing, together they represent a serious potential stunt in your growth as a guitarist and musician. Start taking the necessary steps today and reassess your progress in three months time. I hope you'll be pleasantly surprised and motivated to take your playing to the next level.