Every beginner guitarist should know the chords on this page. They're easy to finger, provide vibrant open voicings and you'll use them throughout your entire guitar playing life.

Many epic songs have been written exclusively using the simple chords on this page!

Or, see the "poster" version below, best for viewing on your screen or larger scale printing (click the image to see full size)... 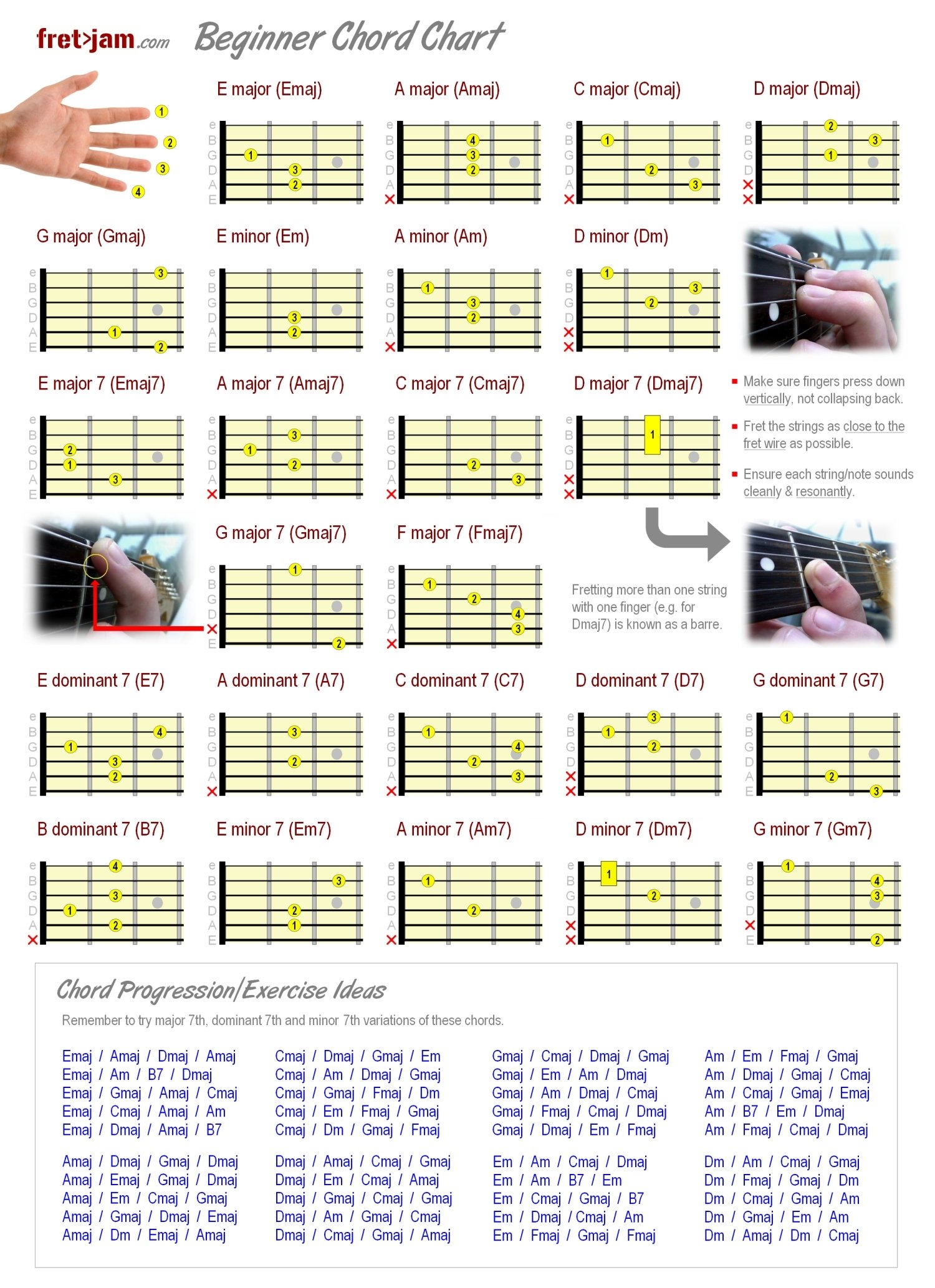 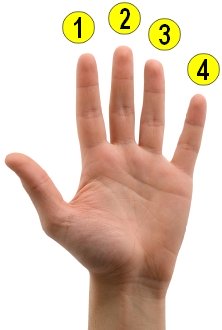 These are the basic open position chords most guitarists learn as beginners. They are divided into triads, major 7th, dominant 7th and minor 7th chord forms.

Don't worry about what these names mean right now - as time goes on you'll either learn more about the theory behind their construction or you'll just learn to associate the chord names with their sound and the shapes they form on the guitar fretboard.

The X on the charts means don't play that string!

Also known as major and minor triads, because they only contain three notes.

For example, even though the E major chord uses all six strings, the only notes contained within the shape are E, B and G♯.

So notes in a chord shape may appear on multiple strings (for example, in E major, the note E appears three times - on the 6th, 4th and 1st string). 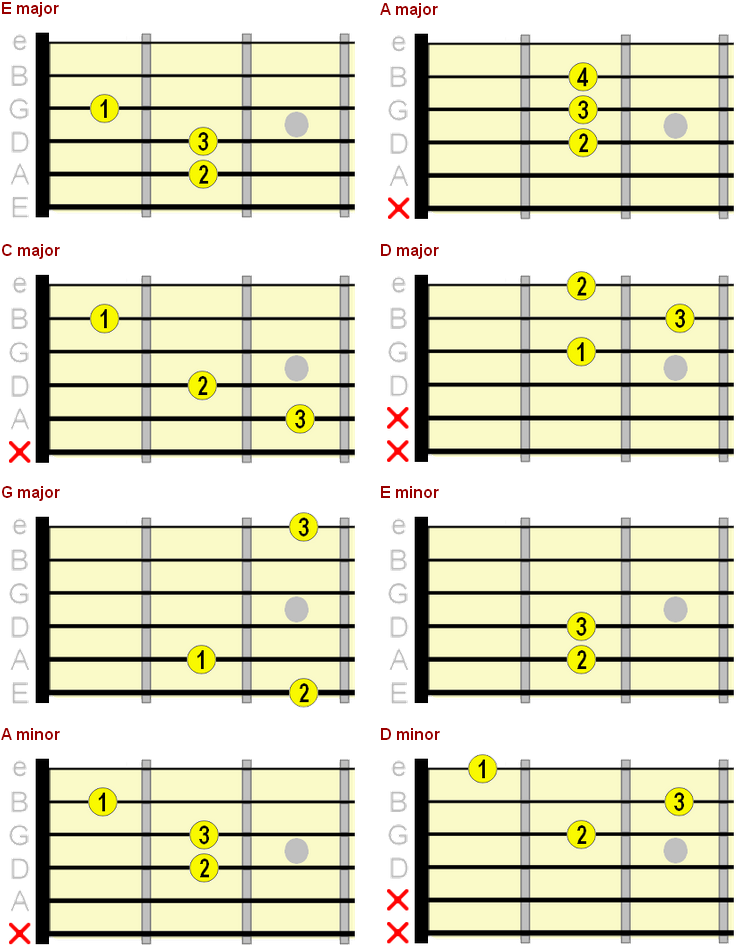 Note: We call these chord shapes "open" or "open position" because they include unfretted (open) strings.

Major 7th (maj7 for short) chords add a little depth to the basic major triads above.

Try and see how the major chords above have been modified to create the major 7th chords below. It's just one note/fret difference. 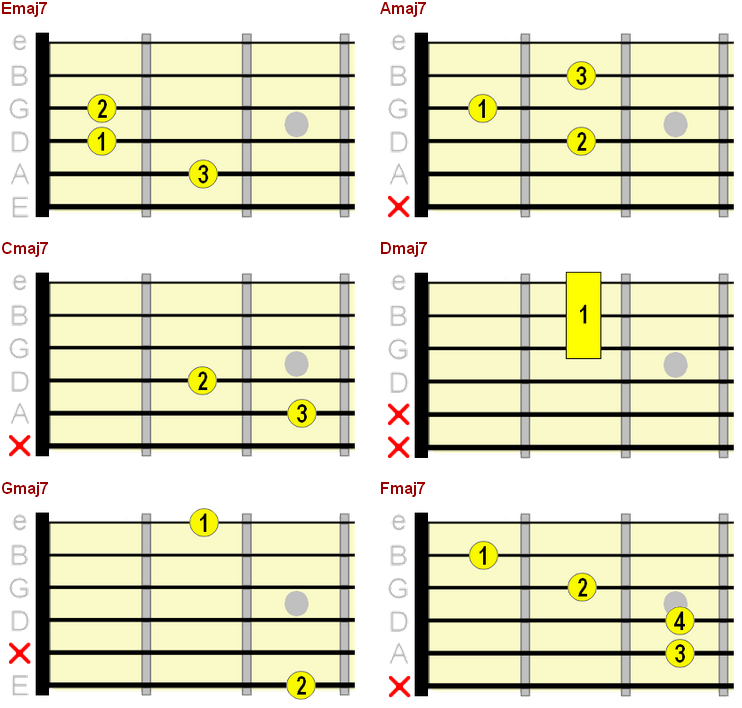 Like major 7th chords, four-note dominant 7th chords (indicated by a 7 after the chord letter) thicken up the basic major chord sound.

When playing the chords in the chart below, experiment with using them in a chord progression, along side standard major/minor chords and major 7th chords. Variety is a good thing! 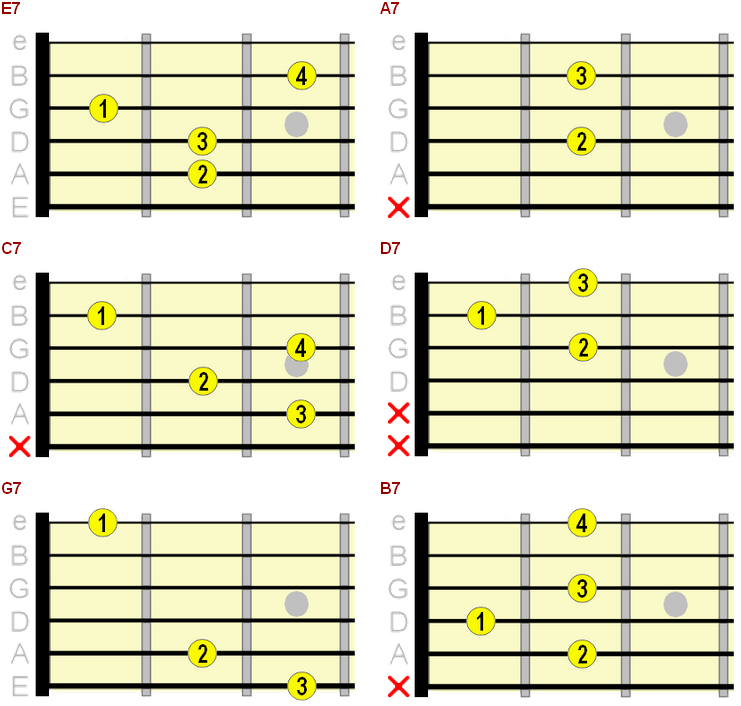 The added (7th) tone is exactly the same as with dominant 7th chords, we're just adding it to minor chords this time, which gives them more colour. 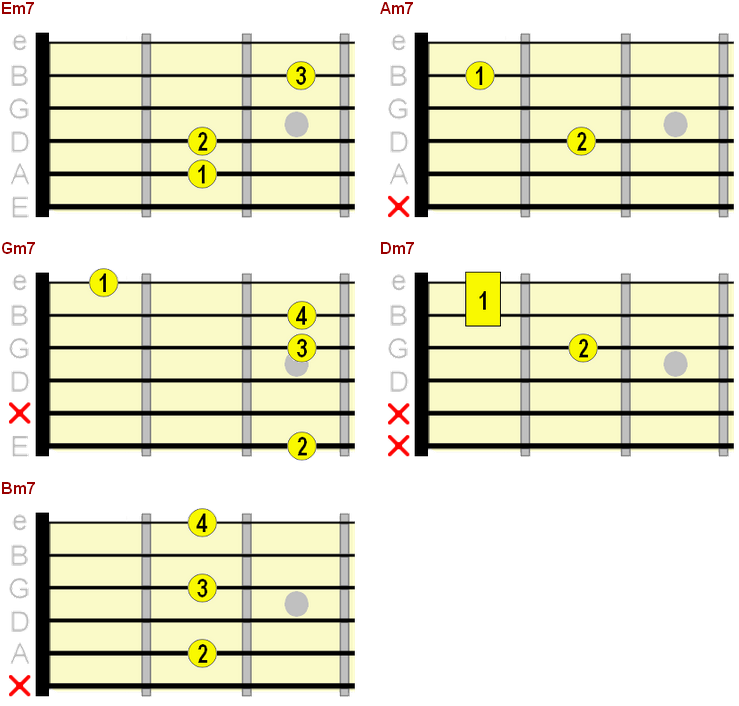 I know I've given you quite a lot of chords to learn, but I hope it'll encourage you to experiment with different chord combinations and create your own songs.

Thanks for your time!