But what if we were to change the voicing of the chord so a note other than the root was in the bass?

Simply changing the bass note of a chord can completely change its sound and even its implied function within a chord progression.

In this lesson, we'll explore how to use alternate bass, also known as slash chords, to create progressions using those simple open position chords we learn as beginners. Start by watching the presentation below...

As shown in the video, there are different bass notes you can swap for the chord root to change its sound. They're called slash chords because they are written using a... / slash! 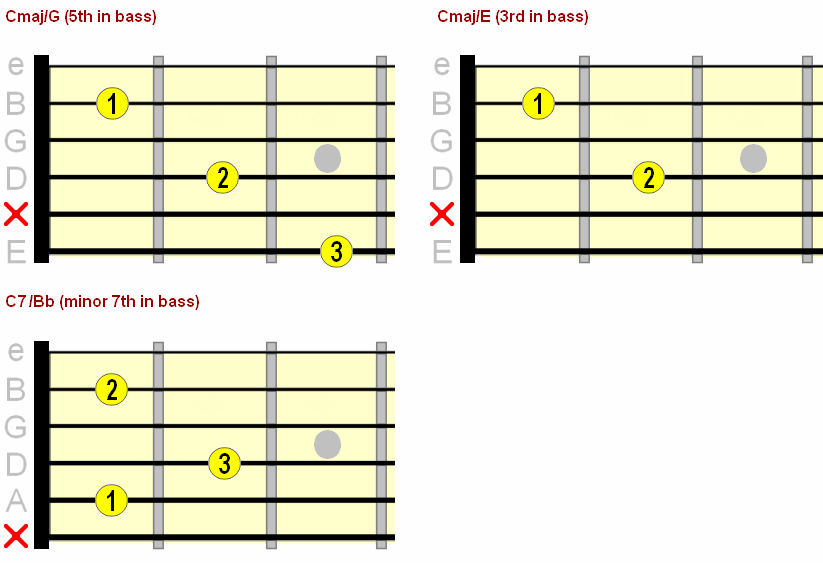 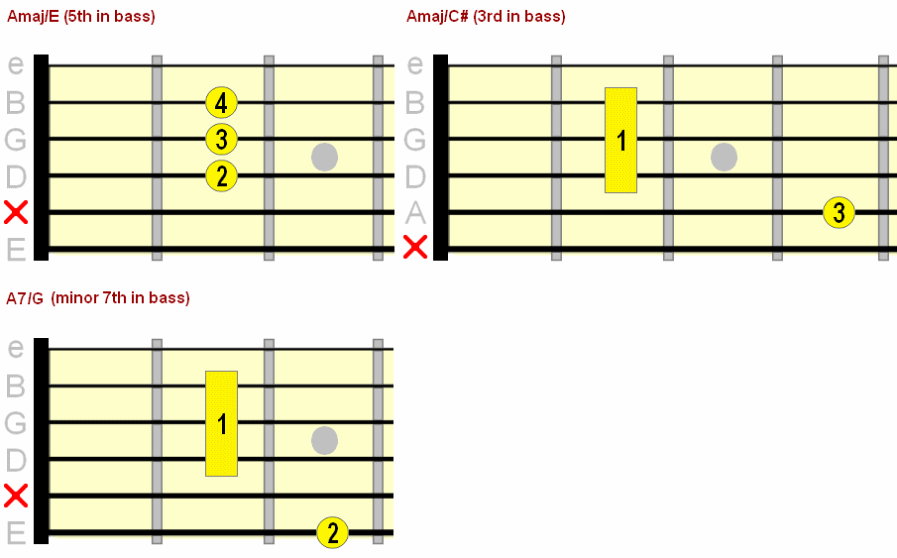 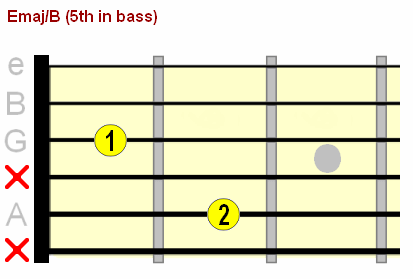 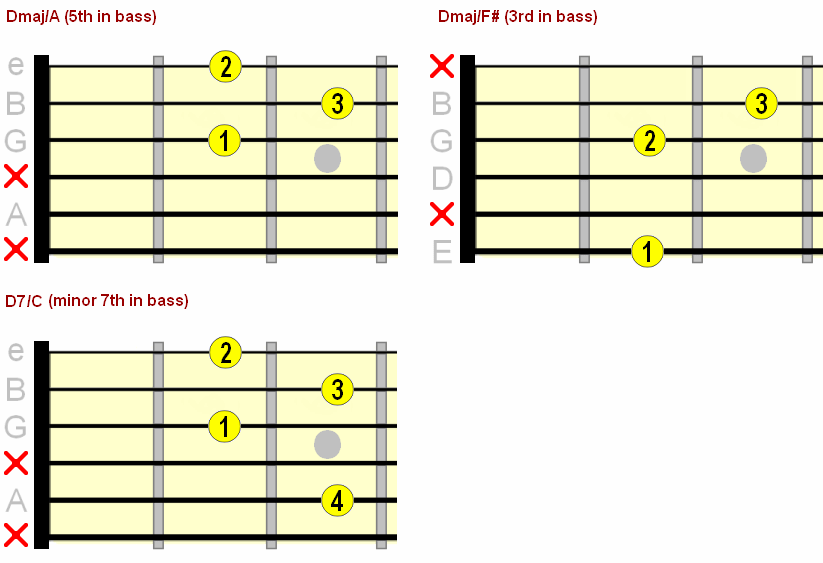 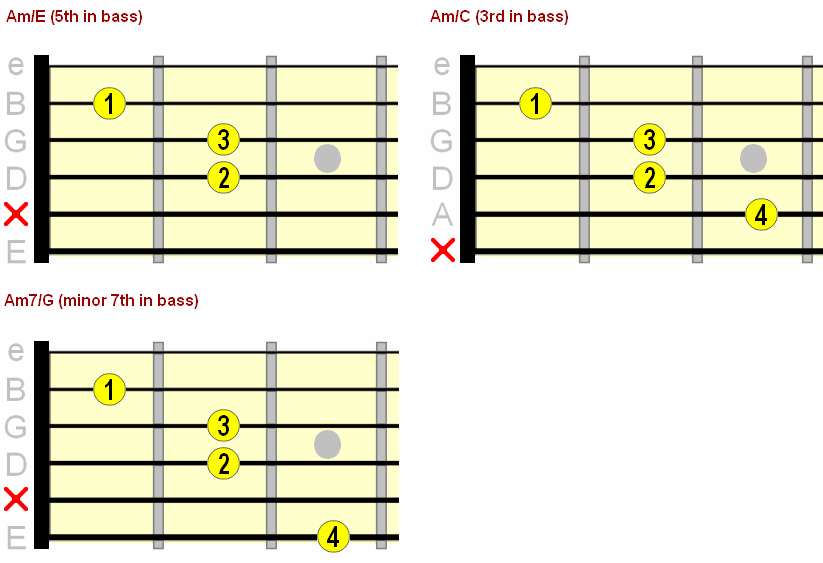 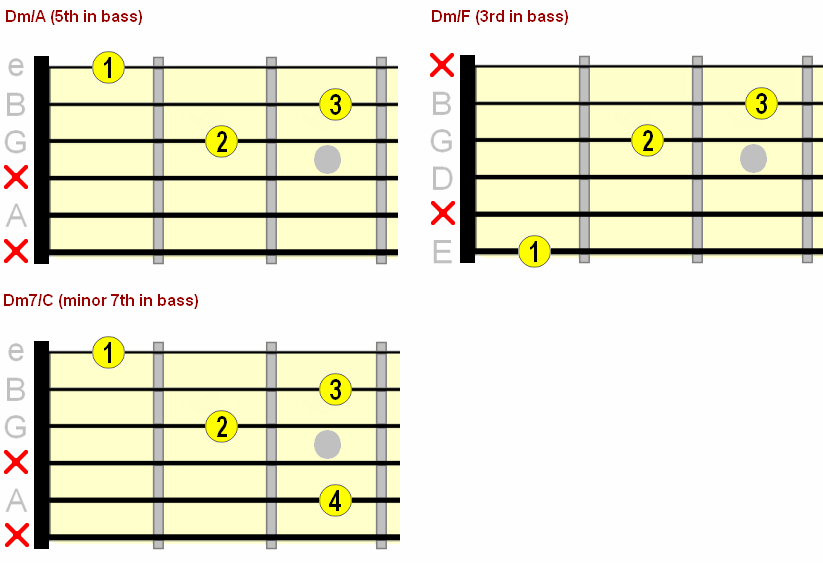 Using alternate bass clearly changes the individual sound of a chord, but it can also change its anticipated function within a chord progression.

In the video I gave you one example - using the 5th of the chord in the bass - of how alternate bass can create a "pull" to a proceeding chord...

This is where we use an alternate bass on the 5th of the chord and that bass becomes the root of the proceeding dominant (V) chord. Difficult to explain in words, so take a look at (and play along to) these examples. In each pairing, the first chord is the tonic (I) with a 5th alternate bass, the second chord is the dominant. 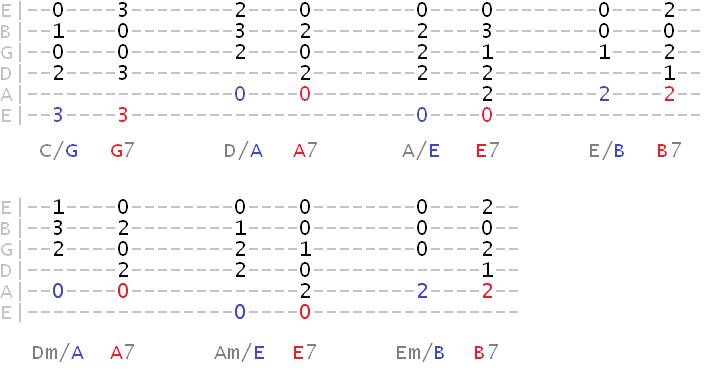 This time we move from the tonic to the IV chord, but keep the tonic chord's root as the bass of that IV chord. Take a look...

Of course, you're not limited to these functions, so please don't feel these are "rules" you must follow. There are no rules! The examples above are just a way of demonstrating how using alternate bass can change the role of chords in a progression.

Start by experimenting with different chord pairings. Use the normal root bass in one chord and an alternate bass in the other. This is a great way of discovering movements that work.

The emphasis of my lessons is always on independent exploration and experimentation. But here are a couple of progressions to get you started. Note that, in these examples, I've perhaps used alternate bass a little more than I would when writing a progression, but it's just to demonstrate what can be acheived.

The more you play around with different chord/bass combinations, the more ideas you'll generate and the more intuitively you'll begin to use alternate bass. It's as simple as that.

You can of course either strum or pick these chords, or a combination. 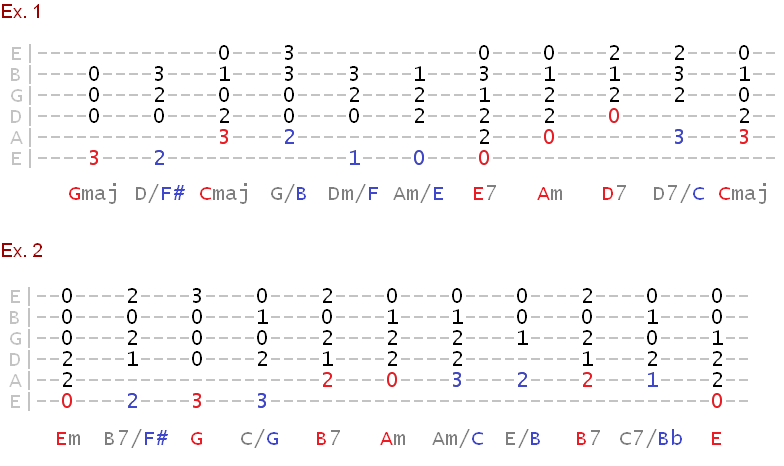 Have any questions, thoughts or ideas about this lesson? Let us know using the comments form below.
Next: Movable Slash Chords